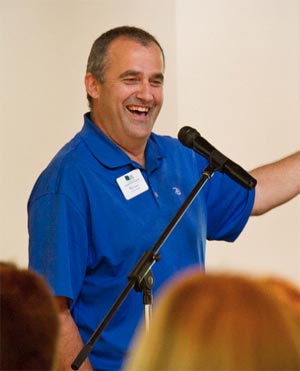 Pat was appointed executive director of Forest Springs in January of 1998. He had served as camp director since 1989. Pat is responsible for long-range planning and giving direction to the board of directors. He also oversees the budget, camp development, and the daily operation of the year-round camping program. This includes all staffing, health and safety, food service, maintenance, wilderness trips, and program. Pat served as a summer counselor in 1984. He later completed the year-long LTD program and joined the missionary staff.

"Christian camping has the unique ability to give people a break from their normal lifestyles, and allows for spiritual, physical, social, and emotional enrichment in a natural, more relaxed environment. Our desire is that your time at Forest Springs would be just that - enriching, relaxing, and refreshing."

Pat is from British Columbia, Canada. He has bachelor's degrees in religious education and biblical studies from Prairie Bible College in Three Hills, Alberta, Canada. He completed a master's degree in educational ministries at Wheaton College in Wheaton, Illinois. Pat and Karen have been married since 1987. They have three children, Daniel, Sarah, and Steven. 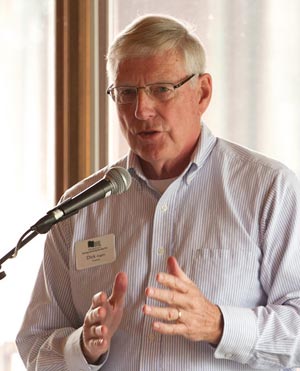 Dick and Vivyen have been married since 1964. They have three children, Liz, Scott, and Ryan.